Those Who Gave The Ultimate Sacrifice

Lincoln Air Force Base was not immune from accidents during the early years of the jet age. B-47s made up the majority of major aircraft incidents from 1956 to 1964 although noted below too are those with the SAC aero club and the U-6 incident of 1964. We remember the sacrifices of those who served during a Cold War that often times still claimed lives.

Jeff King at his own Lincoln AFB site has produced a more substantial collection of aircraft accidents at Lincoln in a .pdf file. You can view that page here.

This accident some have remarked as "Nearly turning southeast England into a desert" although records tend to state this was not the case.

A 307th Bomb Wing B-47 commanded by Captain Russell Bowling was performing "Touch-And-Goes" when the aircraft lost control, "proposing" or otherwise bouncing down the runway, during landing and careened into a nuclear weapons storage bunker. The entire crew was lost and while burning jet fuel consumed three Mark-6 low-kiloton nuclear weapons. A bomb disposal expert remarked that it was a miracle the firing mechanisms on one bomb did not activate and detonate the high explosives, causing not only destruction but a possible spread of low-level radioactive materials (but not an actual nuclear explosion) . The incident is well documented, including a mention in Eric Schlosser's "Command and Control". A link to the declassified SAC memorandum to Gen. Curtis LeMay is available HERE

Bowling Lake was posthumously named for Capt. Russell Bowling in 1958.

Combined members of the 307th Bomb Wing flown by a U.S. Navy crew. A massive multi-national search ensued for weeks afterward bringing in dozens of ships and aircraft to search for the downed airmen and crew. Unfortunately nothing was ever found of the aircraft.

Nebraska Air Guard pilot Lt. Robert Young mistakenly thought that a night-time lit taxiway was the runway and proceeded to land. The aircraft smashed into three parked B-47s at Lincoln claiming the life of the pilot and two airmen on the ground.

Two full 1,800 gallon drop tanks were ditched by a 310th Bomb Wing B-47 operating in the area. As they landed, they killed two Lincoln AFB airmen but also caused a catastrophic fire that burned for 16 hours, consuming a B-47 loaded with a nuclear weapon on the ground. (Correction on earlier entry follows) This was alleged to be a nuclear accident with a claim that the B-47's 1.1 megaton weapon's high explosives detonated and scattered radioactive material across the airfield. However I can find little substantiation to the story on the internet. On the other hand I can't seem to find much information about the accident period.

One note of interest with B-47 take-off crashes. Early ejection seats (pilot and co-pilot) worked much better at high altitude and higher speeds while the navigator's ejection seat fired downward (which didn't work very well when taking off). Many B-47 accidents at Lincoln involved a fourth crewmen on an airplane with three regular seats. The fourth man often sat down below the co-pilot and was often observing or training. 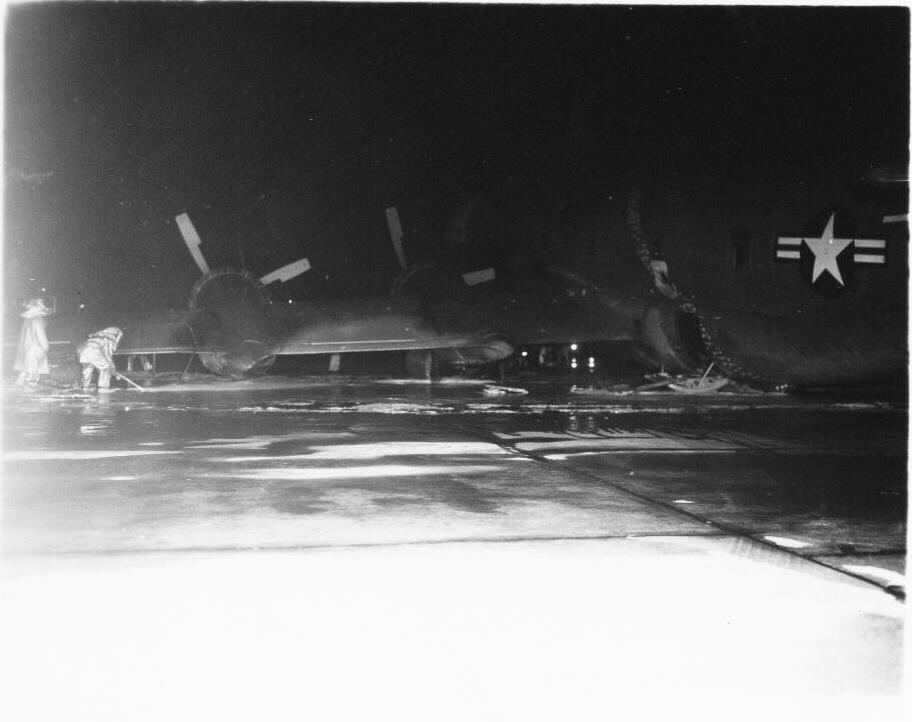 Regarded as a major incident, Major Jim Meeks was a very well respected and admired aircraft commander. On March 7th, 1963 as his B-47 lifted into the air a JATO bottle boosting the B-47 skyward burst and sent deadly shrapnel into the fuselage. Forcing the aircraft skyward Meeks gained enough altitude to ensure the rest of the crew was able to ditch. He helped control the aircraft long enough to ditch the aircraft in a safe area away from the base and in farm fields. Unfortunately upon ejecting his parachute failed to open.

Marked today by a Nebraska State Historical Marker, a U-6 crashed on take-off as it collided into a group of powerlines sending the aircraft into the ground. The missile crew was coming off of a 24 hour shift at the Nebraska City Atlas-F site. 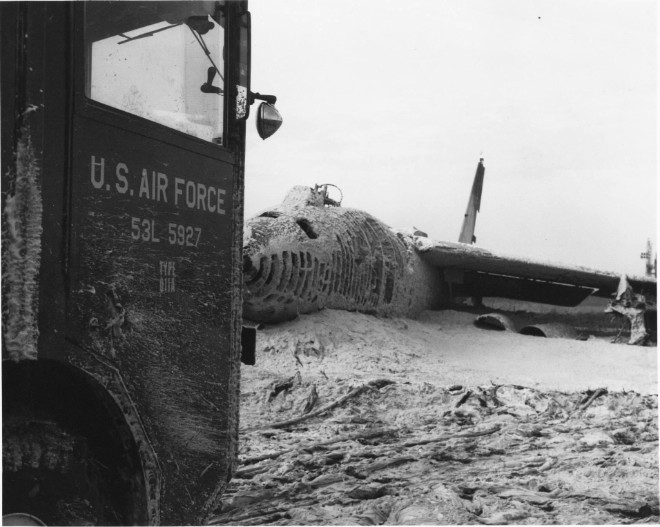