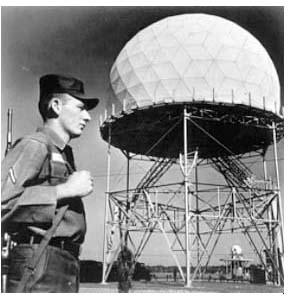 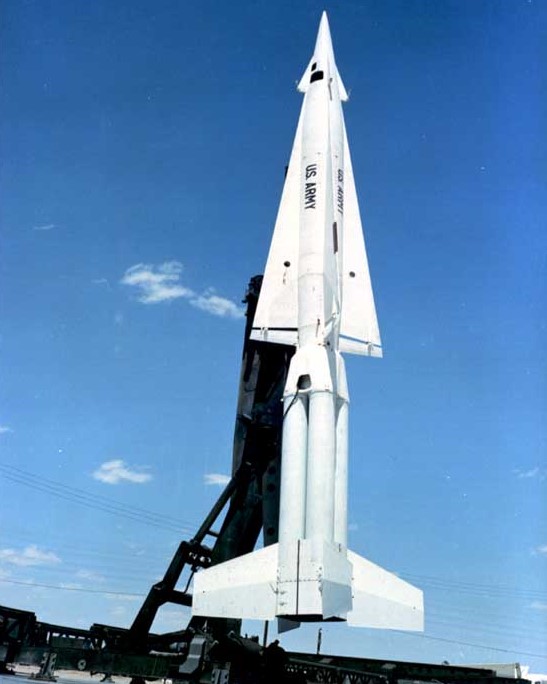 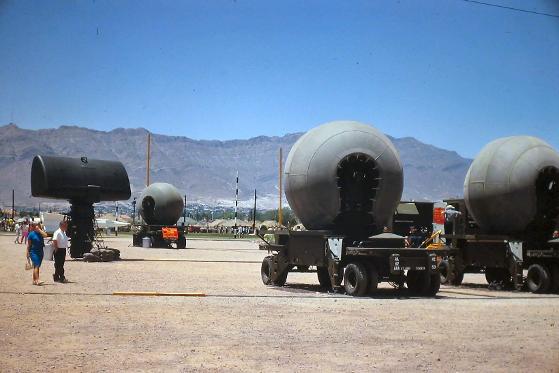 Nike-Hercules relied on a variety of radars to perform its mission. This included the HIPAR/ABAR (not shown), LOPAR (Low-Power Acquisition Radar) - the rectangular radar, along with Missile Tracking Radars (MTR), Target-Tracking Radars (TTR) and a Target-Ranging Radar (TRR). As the system could be confused by electronic-countermeasures, it was eventually phased out of active service in favor of SAM-D (eventually the Patriot system). US based systems were inactivated by 1974 while Alaska and southern-Florida based systems lingered on until 1979. (US Army Photograph)
HistoryBy 1950, the United States was beginning to gather its atomic might in the form of manned bombers (missiles were still years away). On the other hand, defense planners realized, the Soviet Union would probably invest its nuclear interest in bombers as well. The American mainland needed an effective air defense against Soviet nuclear bombers.

The U.S. Air Force built up a large network of radar systems and data processing centers by 1960 to help protect American airspace. Its fighter planes and later BOMARC missiles were to be tasked with the "area" defense mission meaning it would destroy bombers as far away from their targets as possible. The U.S. Army meanwhile was building an effective surface-to-air missile in the form of the Nike-Ajax which would evolve into the Nike-Hercules missile. These shorter range missiles would assume the "point" defense role, meaning Nikes would be the last line of defense against bombers.

Over the 1950s, the U.S. Army and U.S. Air Force argued over who should provide the "point" air defense mission of American cities and military installations. By 1960, the U.S. Army had effectively won the argument with its Nike-Hercules system. Ironically, with its BOMARC system proving to be very expensive, the U.S. Air Force asked the Army to provide a point defense not only of American cities but their crucial SAC bomber bases as well.

The 6/43rd activated in 1960 along with a number of other units nationwide to provide protection of SAC bases. With 12 missiles per site guided by multiple search, tracking and other radar systems, the 6th/43rd stood as a point-defense guardian of both Lincoln and Offutt Air Force Bases until 1966. Standing a constant vigil, soldiers of the U.S. Army remained on alert ready to defend the nationally strategic area 24 hours a day, 7 days a week. Their motto "If it flies, it dies"

The Nike-Hercules missile boasted a 100 mile range and could destroy aerial targets with either high explosive or nuclear warheads. It is not known, although it is today likely, Lincoln Nike missiles possessed 2-40 kiloton nuclear warheads. Weapons could burst within Soviet bomber formations and decimate them instantly. Nike-Hercules sophisticated tracking, guidance, and maintenance needs were supported by up to one-hundred men at each site.

Each site was divided into a launching site and an Integrated Fire Control center, at least to one mile away from one other. This was done so missile tracking radars at the fire control center could effectively guide the Nike-Hercules launching from the launch site towards its target.

With the development of ICBMs both Nike variants became obsolete as neither could effectively defend areas from missiles. Both types were also vulnerable to the emerging new science of electronic countermeasures, meaning attacking aircraft could jam Nike radars or confuse the missiles with shreds of cut foil called "chaff" or by other advanced means. While the Army worked to solve these problems, it was decided to remove the SAC defense mission nationwide in 1966. Anti-ballistic missile development continued, culminating in the Stanley R. Mickelsen Safeguard Complex. The Nike-Hercules missile mission was was phased out as a city-defender in 1974.
Eastern Nebraska Air Defense

It was decided in the late 1950s for an Army point-defense of selected SAC bomber bases. In 1959, construction began near Davey and Crete, Nebraska for a Nike-Hercules point-defense system. Operational by June 1960, the two Lincoln and two Offutt sites were tied together with overall air-defense management centered at Omaha Air Force Station in north Omaha. Omaha Air Force Station was meanwhile tied into the national Semi-Automatic Ground Environment, or SAGE computer network, the Nike sites were interwoven into NORAD control.
Standing guard during the Cuban Missile Crisis, the Nike-Hercules sites around Lincoln were ready 24 hours a day to respond to any Soviet threat. As the importance of Intercontinental Ballistic Missiles progressed, the need for surface-to-air missiles receded. On June 25, 1966, the 6th Missile Battalion, 43rd Artillery passed into history. 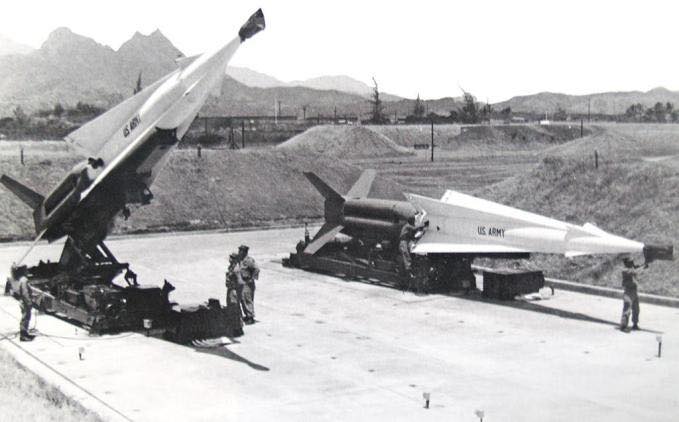